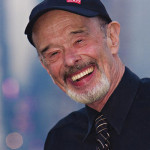 I the late 1990’s I traveled to Quebec Canada to attend a magicians training camp hosted by Bob Fitch. To say the least, it was a life changing event.

Bob and co-teacher Ed Bordo, both Broadway actors, spent a week teaching the 10 attendees much about stagecraft, presentation skills and character development. It was an amazing week learning from two skilled and deeply passionate actors.

Below is a bit of Bob’s Resume…

Bob Fitch has worn many hats in his lengthy professional career (actor, director, magician, singer, dancer). He  counts twenty-seven Broadway Shows, including, A Funny Thing Happened on the Way to the Forum with Whoopi Goldberg, and The Will Rogers Follies as Clem, Will’s father. He received Broadway’s Burns-Mantle Award for Best Featured Actor in a Musical for his villainous portrayal of Rooster Hannigan in the originalAnnie,  receiving  a Carbonell Nomination for both direction and portrayal. He  also staged the 1992 National Tour of Annie.

I count Bob as one of my most important teachers. I am in good company as others including Jeff McBride, David Coperfield, and David Blane leaned from this performance genius.

Below is a clip of Bob Fitch discussing theater and why some shows work and others do not.